No Result
View All Result
Write for Us

No Result
View All Result

No Result
View All Result

by Yang Yang
in Basic Economic Concepts, Macroeconomics
0 0
A A
2
Share on FacebookShare on TwitterShare on LinkedinShare on RedditShare on WhatsappShare by Email 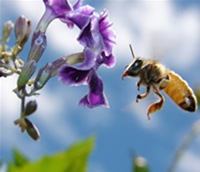 While many of us surely don’t appreciate it from a personal perspective, unemployment is unavoidable in any economy. However, it is not necessarily harmful. In a healthy economy, a certain degree of unemployment indicated as a percentage reflects the fact that there constantly are job seekers and employers voluntarily running after better opportunities for their own good.

For example, a senior software engineer thinks that he deserves more with his advanced knowledge and productive skills, therefore decides to take on a transitional period of a month as unemployed so as to look for a better job.

Freakonomics: a book for unconventional thinkers and practical millenial economist

In this article, you will familiarize yourself with:

What is unemployment anyway?

In economics, unemployment refers to the condition of unwanted job losses, or willing workers without jobs. It’s as simple as that, only one thing you should pay attention that the willingness of the unemployed worker to be employed is the key to the idea. Therefore, not everyone who’s out of work is seen as unemployed. A person with a large fortune not looking a job is not counted in the unemployed population in that he is not willing to work in the first place, though he’s officially out of work.

Some key concepts to understand unemployment:

What are the types of unemployment?

While frictional unemployment is short-term and mostly voluntary, structural unemployment poses more of a problem because workers must seek jobs elsewhere or must develop the skills demanded. The process is full of pain and frustration, and may lead to negative impacts on society.

How shall we measure unemployment?

The unemployment rate (UR) expresses the number of people unemployed as a percentage of the labor force (LF).

With labor force (LF) comprising of all unemployed (U) and employed (E) people, that is,

we have unemployment rate or UR, expressed as

In a case of 100,000 people in the labor force and 10,000 of whom are unemployed (lost jobs and actively seeking one), the unemployment rate would be calculated as

In addition to labor, land and capital can also be unemployed. With a little common sense, we would expect that a high unemployment rate of labor would result in a low level of utilization of capital, land and other forms of production factors, simply because men are the operators that make these things work for the economy and produce economic value. If more men are laid off their work, more resources are left to rot rather than utilized in production.

In case you are confused with concepts like labor force, not in labor force, employed or unemployed used in this section, please refer back to the beginning section What is unemployment anyway? for clarification. And if there’s no problem we will have a look at the compositions of both the adult population and the labor force of United States in 2006 below to have a better grip of where unemployment stands in the economy. (graphs exported from Microsoft Excel 2003)

Composition of Adult Population of United States, 2006 (in thousands)

Composition of Labor Force of United States, 2006 (in thousands)

You may want to calculate the UR (Unemployment Rate) and LFPR (Labor Force Participation Rate) yourself with figures present in the above graphs.

How unemployment harms our daily lives and the economy?

Hunger is not the worst feature of unemployment; idleness is.

The hardest work in the world is being out of work.

Simple with this one. Lost of income for individuals and outputs for economy would come up first as the costs of unemployment.

For individuals and households, unemployment forces them to curtail their consumption drastically and perhaps liquidate some of the assets – often at a loss – to meet financial obligations. All these have negative impact on the whole economy.

For economy as a whole, unemployment reduces the output of goods and services that could otherwise have been produced by unemployed labor force. An economy is producing substantially below its potential if unemployment rate is extremely high, thus everybody in the society loses by consuming and enjoying less because less is produced for distribution.

The economic loss caused by unemployment can be measured as a loss in aggregate supply (total output) or aggregate demand (total income), more specifically, the difference of potential GDP minus actual GDP.

Costs are not always economic, though, and it’s true. In non-economic aspects, unemployed individuals might be very much discouraged for their inability to secure jobs, and the feelings of frustration and dismay usually lead to anti-social activities: indulgence, theft, violence, sabotage and other forms of crime, which would pose serious problems especially if the unemployment rate is unbearable.

Unemployment ruins family happiness also: quarrel, fight, divorce, children losing their education and good health that would have an enduring effect over their lives. The misery and suffering cannot be measured by economic statistics, but they significant and as real as it gets.

EconGuru Economics and Finance Knowledge Base

What are Present Value and Future Value

Freakonomics: a book for unconventional thinkers and practical millenial economist

Freakonomics: a book for unconventional thinkers and practical millenial economist Freakonomics is a book authored by Steven D. Levitt, a...

What is Your Contribution to National Income?

The government uses a number of different economic measurements to determine the overall health of the economy. One of them...

The Money Supply: Why We Shouldn’t Just Print Money

Anyone who has ever been caught printing counterfeit money knows how serious the Government is about preventing this sort of...

What are Present Value and Future Value

No Result
View All Result
Write for Us

Are you sure want to cancel subscription?